Good morning everyone!!!
I have a very pretty pastel layout on a box with some mixed media effects that I just completed.
This was made with lots of pretty Prima flowers and with spring in mind. 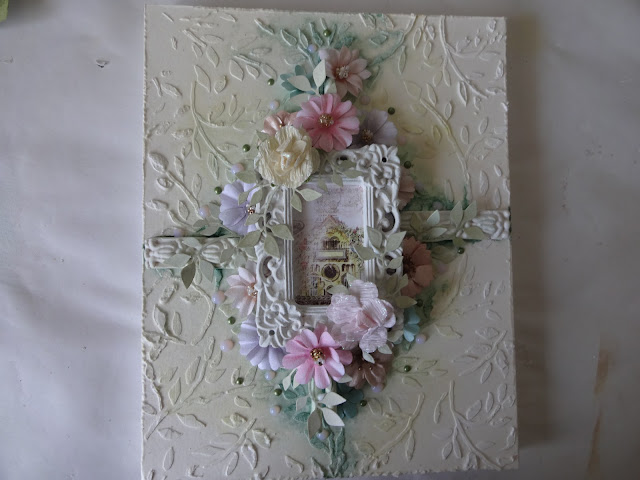 This is actually a wood box that I reversed and used the bottom of the box.  I first adhered a piece of water colour paper because I knew I was going to be using sprays and water.  The surface of the box is very shiny from the finish it was given and I knew that the sprays would not stay too well on the surface.  I then used an ivy stencil that was luckily the same size as the box and applied heavy modeling paste on the complete surface.  When the paste was completely dry I applied a good coat of  matte medium to prevent the sprays from soaking into the paper.  That way I got good coverage and I could move the sprays around with a paint brush.
When the medium was dry (only takes a couple of minutes - use a hair dryer or heat gun to speed things up), I took 3 cookie sticks and adhered them down the centre of the box.  I mixed up the length of them, one was higher, one was lower and the other in the middle.  I then made a mold of air dry clay, cut it in half and applied one to the right side of the sticks and the other, slightly lower, and to the left of the sticks.  Next was my sprays.  I sprayed a soft yellow around the entire centre of the box, not quite out to the outer edges.  For the darker green colour, I put some in a plastic dish, added water to dilute it down, then used a paint brush to go in and around the sticks and the clay pieces.  I did add some more after I added the frame and flowers, here and there,  around the outside edges of the flowers, not on the flowers.
Next I added a picture of a house that I found on a piece of patterned paper to the back of the frame.  I wanted the frame to stand out from the centre, so I cut a couple of pieces of chipboard, put them together and adhered it down to the back of the frame.  I adhered the resin frame onto the sticks in the centre.  I die cut some vines and added them around the centre section, one onto the upper sticks and lower sticks and then onto the clay molds.   The flowers were next, tucking some just under the edge of the frame and some onto the frame.  And lastly a vine coming out from under the flowers on the frame.  For extra accent I added some Nuvo crystal drops around the flowers.
Here are a few closeups. 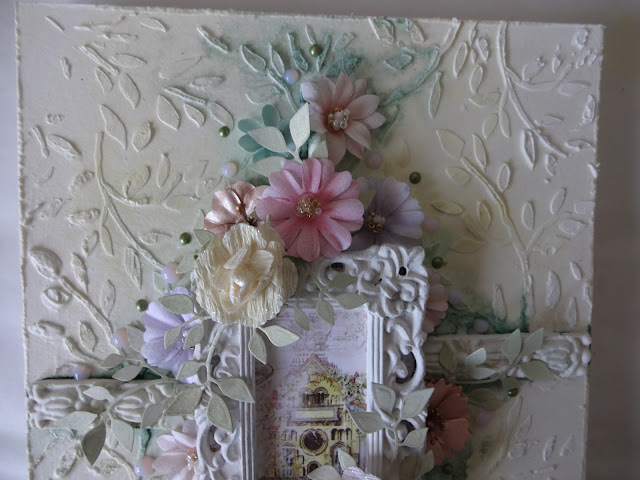 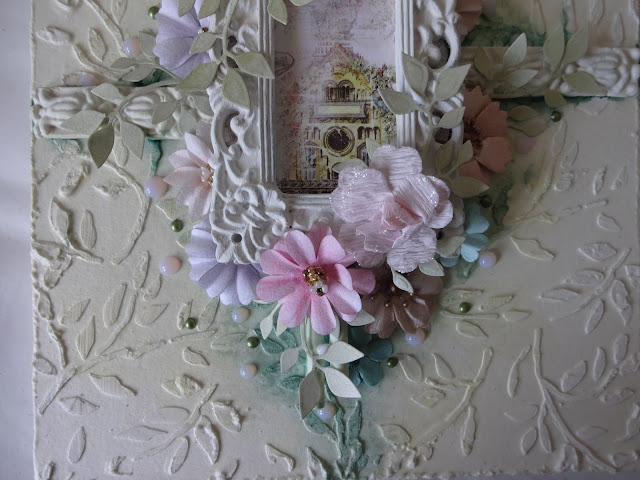 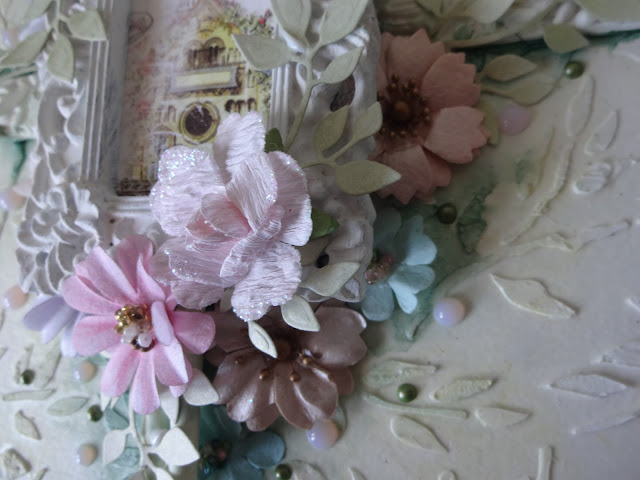 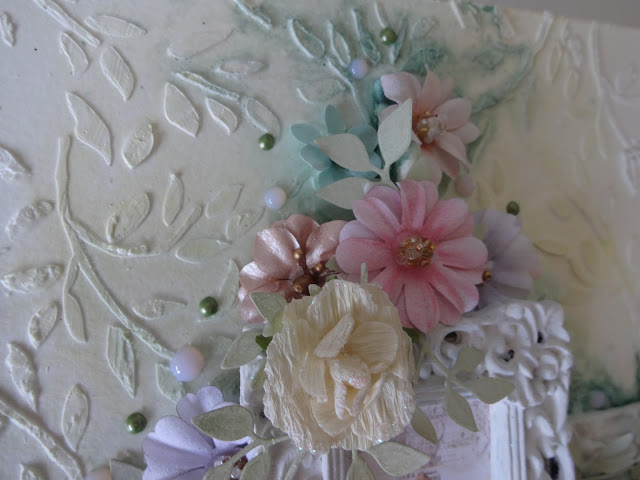 "Spring makes its own statement, so loud and clear that the gardener seems to be
only one of the instruments, not the composer."

Until next time, this is Donna wishing you a happy and safe day.
"HAPPY CRAFTING"

AMAZING
THANKS FOR SHARING
HAVE A NICE DAY
bluetooth speakers